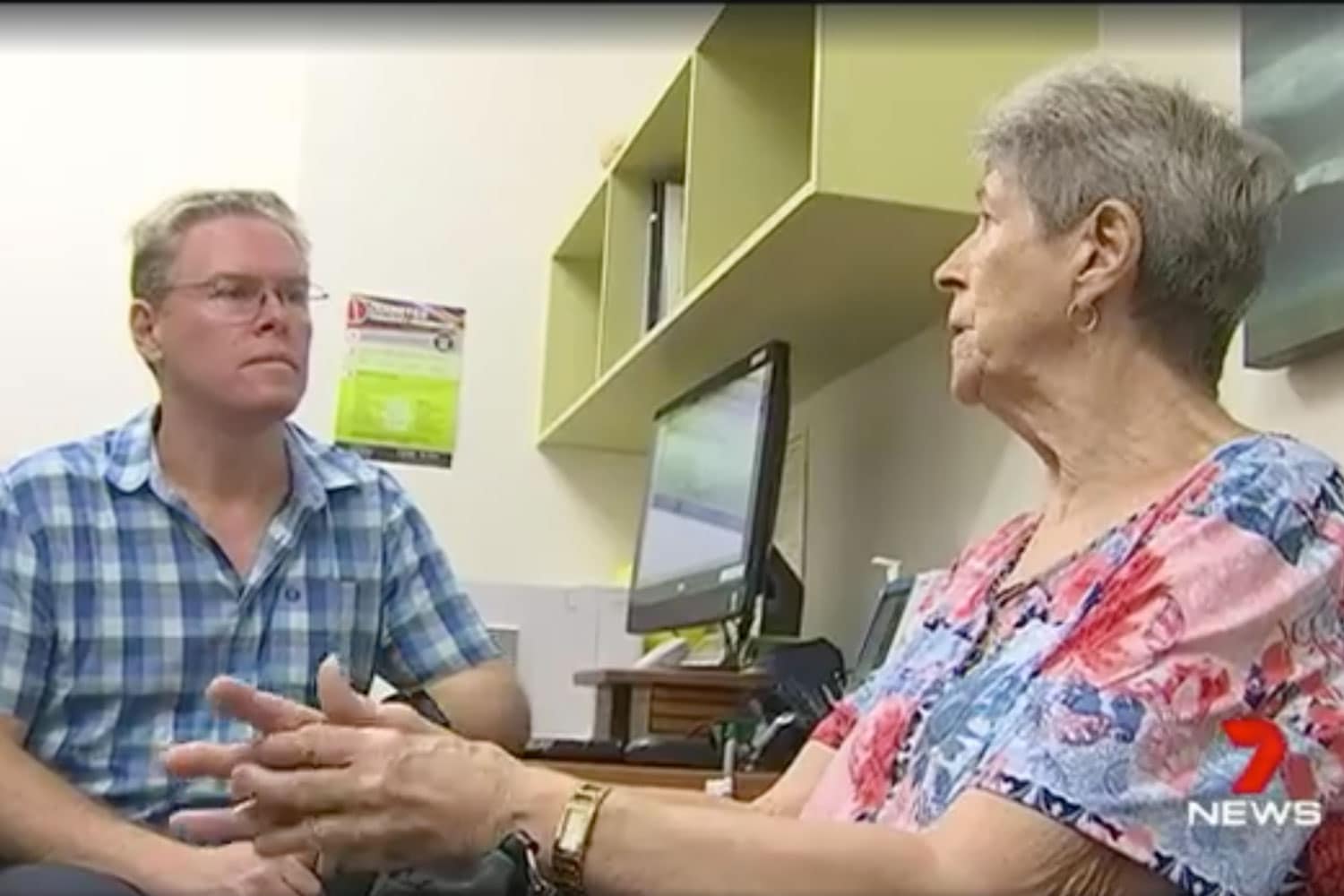 As part of a pilot QLD Health program, Open Arch, elderly patients can now come to a Geriatrician at the practice instead of having to go into the hospital.

“Marlene Crooks never misses a checkup. But the Cairns Hospital can seem like a stressful place,” – Georgia Terry

“When you’ve gotta go to the hospital, you can be out driving around and around for quite some time,” – Marlene Crooks.

“Every three months that we see the geriatrician, which is saving us going to the hospital, and the information is all then with … integrated and then all passed on with their doctors having a conference,”- Marlene Crooks.

“The initiative has been running just over a year,” – Georgia Terry.

“Aimed about looking at their medical problems, keeping them independent, keeping them functionally stable; and keeping them at home for as long as possible,” – Dr. Edward Strivens.

“The patient gets assessed in our practice, has access to our notes; and we’ve been computerised for almost 20 years here now, so we’ve got all the details available to them,” – Dr. Jason Delaney.

“This sort of programme is arranged around providing care for people who are at that pre-frailty level, so people who are at risk of presenting to hospital or needing increased care over the course of the next six to twelve months,” – Dr Edward Strivens.

“The scheme may be rolled out state wide if the success continues. Georgia Terry, Seven News,” – Georgia Terry.