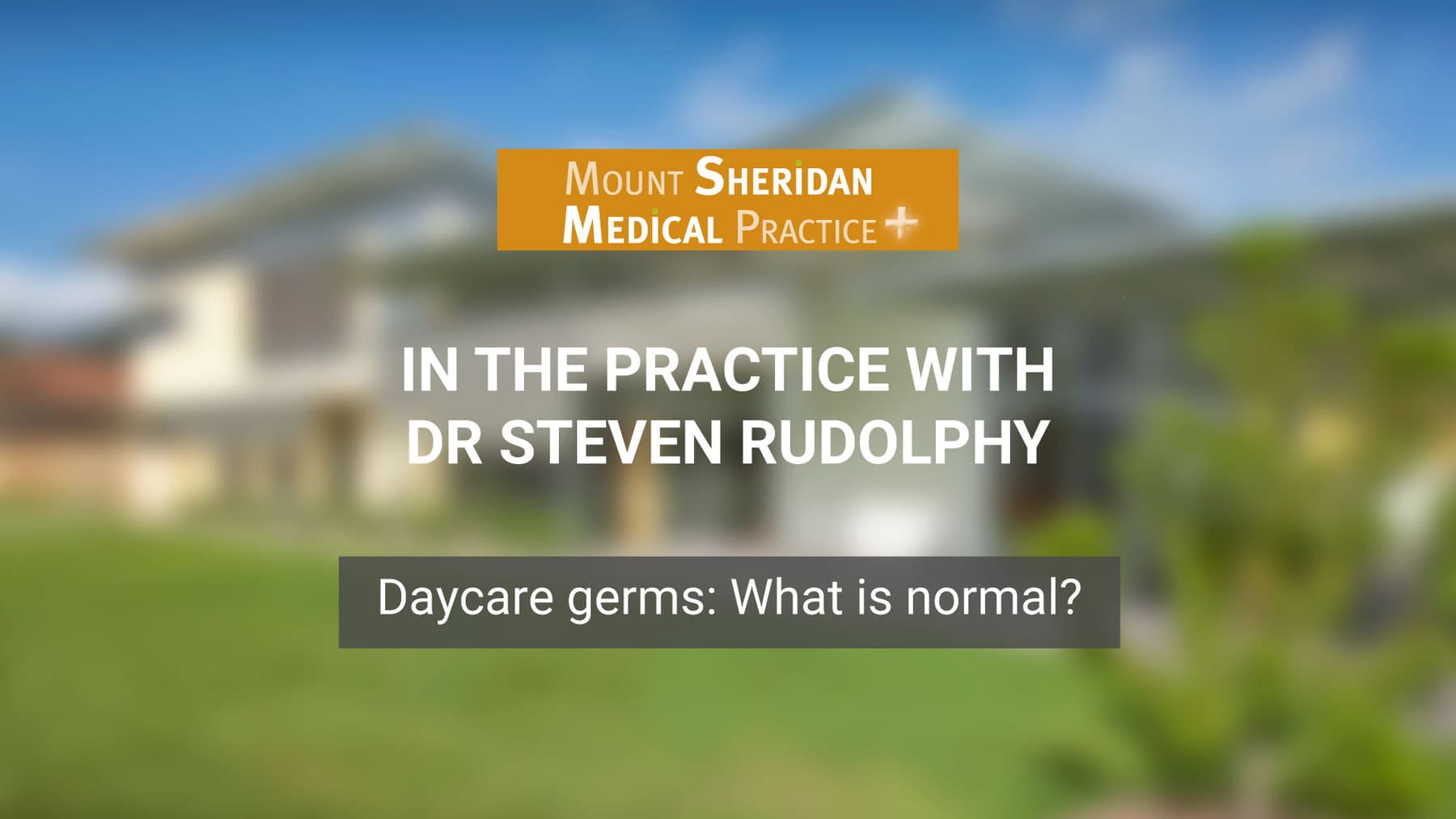 Daycare Germs and Illnesses: What is Normal?

By ManagerFebruary 16, 2018Uncategorised
No Comments

Dr Steven Rudolphy from Mount Sheridan Medical Practice discusses daycare germs and illnesses and what is normal for your child.

I’m Dr. Steven Rudolphy at Mount Sheridan Medical Practice just talking a little bit about taking your kids to daycare. Look, daycare’s a fact of life. Parents have to go to work, got to pay the mortgage, got to pay the car payments, that’s what happens these days.

Children naturally who don’t go to daycare get ill around about six to eight times a year that that’s just normal. Children who are at daycare can probably double that number.

Each illness will last something from seven days to three weeks, and if your child is getting ill that often, they’re probably ill more often than they’re not. Over the years, I’ve been brought children regularly who’s parents are worried about their immune system, but kids with poor immune systems, they’re ending up in hospitals, they’ve gotten pneumonias and they’re just not growing.

One of the easiest things we do is just chart your child’s growth, and if they’re growing then their immune system is fine.

They’re just at daycare and getting sick a lot.

There’s not a whole lot you can do about it. Some children are a bit low in iron, so if your child really doesn’t each much meat or you have a vegan lifestyle, it may be worth giving some vitamins with a bit of the iron supplementation. But other than that, unfortunately, it’s just bringing them in and getting them checked out. Most of them are viruses. Most of the time they’re going to get better without any special treatment.

What I find is by about the age of three and a half, your kid’s immune system is cast iron and they are bulletproof.

When they get to school, kids who had not been to daycare are getting sick all the time. Your child will sail through. Unfortunately by the time they’re about nine, all the viruses have changed and they start getting sick again, but that’s another story.

So, just to wrap up about children in daycare, you might worry that they’re sick an awful lot of the time, but as long as they’re recovering with each illness, as long as they’re growing normally and we can chart that on the computer, don’t worry too much. By the time they’re three and a half, they usually have a really good immune system, and in the past we’d even say that perhaps they’re slightly helped in terms of protection from other allergies. They’ll be okay.